Alan Kay is such a champion. He's 75 years old and still doing absolutely amazing work. If you're not familiar with him he was on the team at Xerox Parc in the 60's where the GUI was invented (along with object-oriented programming, postscript, ethernet and all sorts of other stuff). And to this day Alan Kay is responsible for funding Brett Victor and Vi Hart. Did I mention he's 75? He's like santa claus for new technology.

The thing I like most about his videos is the reliably high ratio of new ideas in his talks. If you spend enough time trawling hacker news, most blog posts eventually become pretty same-y. Its like there's some pool of ideas that everyone is sampling from: 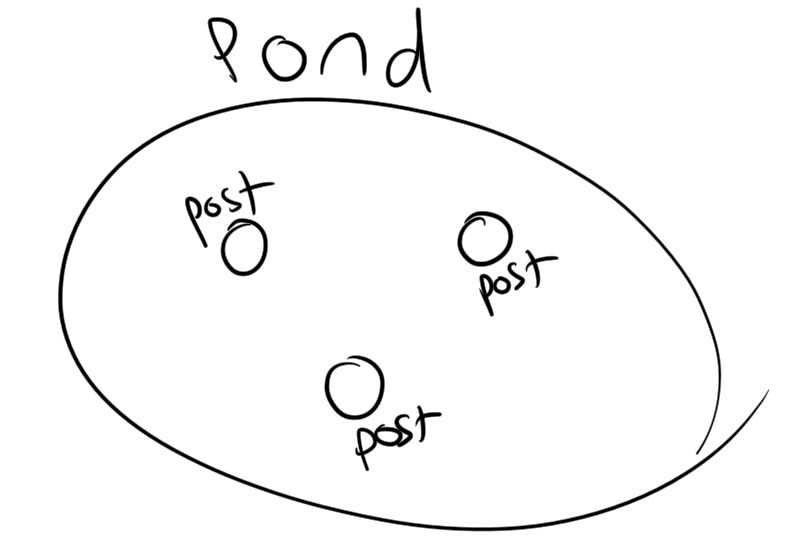 After awhile new ideas have a slightly familiar feeling to them; they aren't far from anything you haven't heard before. Even if the post is new, its not something you couldn't have derived from things you've already read. Alan Kay's stuff always feels fresh. I don't think I've ever seen one of his talks without changing at least one idea.

Anyway, he gave a new talk a few weeks ago and the video is out. My favorite part: "What would it be simply ridiculous to not have in 30 years time?" -> Then go make that.